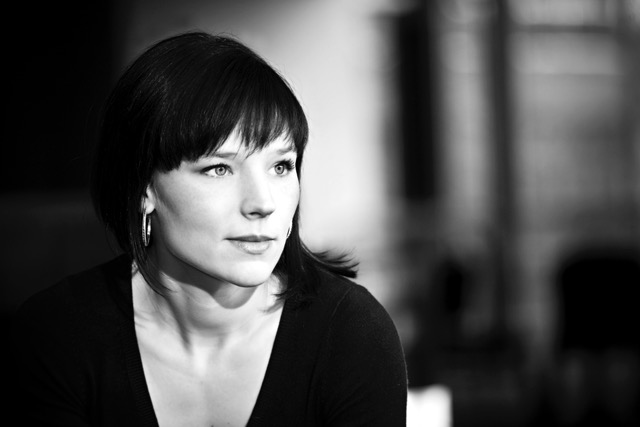 Jennifer Montone joined The Philadelphia Orchestra as principal horn in 2006, and is currently on the faculties of The Curtis Institute of Music and The Juilliard School. She was formerly the principal horn of the Saint Louis Symphony, associate principal horn of the Dallas Symphony, third horn of the New Jersey Symphony, and performer/faculty at the Aspen Music Festival and School. Named the Paxman Young Horn Player of the Year in London in 1996, she has since won many solo competitions and awards, including an Avery Fisher Career Grant in 2006 and a 2013 Grammy Award for her recording of Penderecki’s Horn Concerto entitled Winterreise. She has performed with the Berlin Philharmonic, New York Philharmonic, Cleveland Orchestra, Orpheus Chamber Orchestra, Metropolitan Opera Orchestra, National Symphony, and Saint Paul Chamber Orchestra. She performs regularly at the Chamber Music Society of Lincoln Center, La Jolla SummerFest, Strings Festival, and Santa Fe Chamber Music Festival, and is a coach at the New World Symphony. A native of northern Virginia, Ms. Montone was in the National Symphony Fellowship Program, where she studied with Edwin Thayer, was a fellow of the Tanglewood Music Center, and attended the Marlboro Music Festival. She is a graduate of The Juilliard School as a student of Julie Landsman. 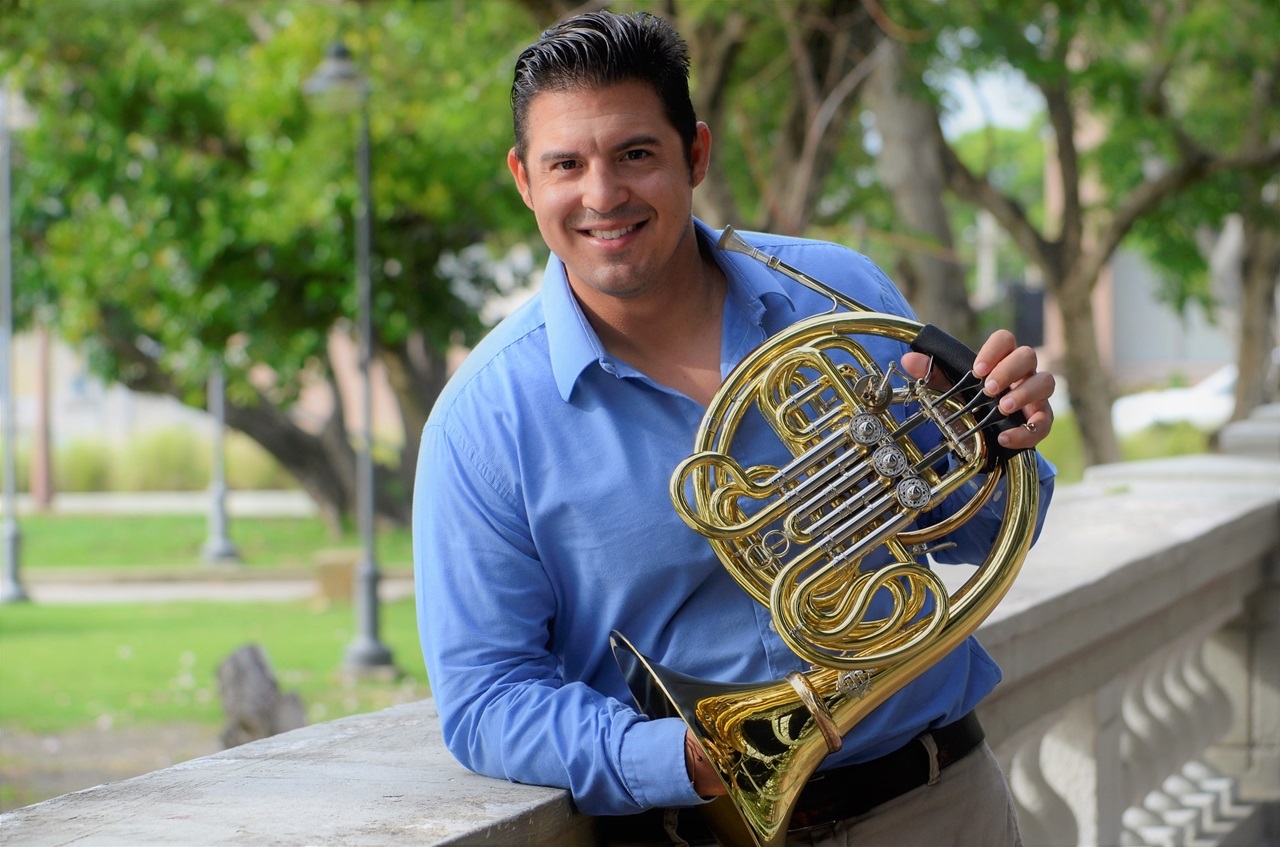 Julia Pilant is the Assistant Principal Horn of the Metropolitan Opera Orchestra and a horn instructor at Bard College Conservatory of Music. Before joining the Met, Ms. Pilant was Principal Horn with the Syracuse Symphony Orchestra for 10 years. She then returned to New York City where she performed frequently with the Orpheus Chamber Orchestra, New York City Ballet, New York City Opera, the Orchestra of St. Luke’s, American Symphony Orchestra, the Stamford Symphony, and various Broadway shows. In addition, she has played principal horn for the Saito Kinen and Tokyo Opera Nomori music festivals and the Mito Chamber Orchestra in Japan under music director Seiji Ozawa. She has also been a guest artist with the Chamber Music Society of Lincoln Center, as well as a participant in the Classical Tahoe, Affinis (Nagaoka, Japan), Santa Fe, Mainly Mozart, La Jolla Music Society SummerFest, Steamboat Strings, Festival dei Due Mondi (Spoleto, Italy), Bard, and OK Mozart music festivals. In 1994, she won the American Horn Competition. As an equally enthusiastic music educator, she has given several master classes in schools and festivals across the country including the Juilliard School, Interlochen Arts Camp, and the Boston University Tanglewood Institute. Ms. Pilant received her Bachelor’s degree from the Eastman School of Music as student of Verne Reynolds, and her Master’s and Doctoral degrees from the Juilliard School where she studied with Julie Landsman. 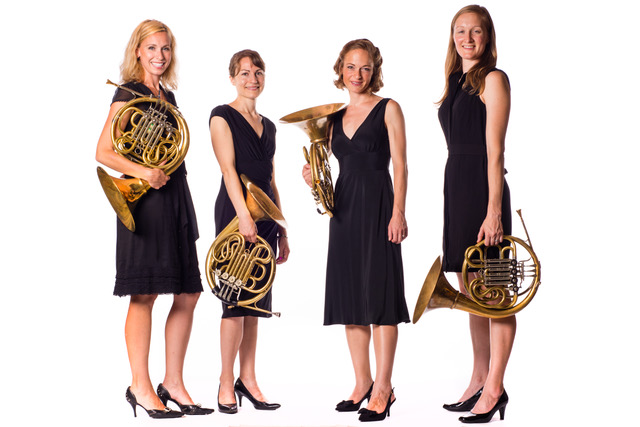 Kevin Newton is the newest member of the Grammy-nominated wind quintet, Imani Winds. A native of South Boston, Virginia, he is a horn player and educator based in Manhattan. His first music teacher, his mother, instilled in him a love of music-making’s collaborative spirit.

As a chamber musician, he has also performed with Orchestra of St. Luke’s, Metropolitan Horn Authority, Alarm Will Sound, Roomful of Teeth, and Tredici Bacci, among other ensembles. He has appeared professionally on the stages of Carnegie Hall, The Kennedy Center, the DiMenna Center for Classical Music, and National Sawdust.

An advocate for new music, Mr. Newton collaborated with composers Erin Busch and José Manuel Serrano to premiere solo works as a part of the Contemporary Performance Institute of the Composers Conference. He is involved with several commissions set to premiere in the 2021–22 season. Mr. Newton formerly served as principal horn of the Waynesboro Symphony and, as an orchestral soloist, he has performed works by Gordon Jacob, Wolfgang Amadeus Mozart, and Franz Strauss.

Mr. Newton enjoys a busy recording schedule and has recently recorded with Tredici Bacci, Metropolitan Horn Authority, Tex Crick, and Sami Stevens, as well as for commercial projects. He is currently pursuing a Doctor of Musical Arts degree at Stony Brook University. He holds a Master of Music degree in orchestral performance from Manhattan School of Music and a Bachelor of Music degree from Virginia Commonwealth University. He was a 2021 participant at Yellow Barn in Vermont.

Mr. Newton joined the faculty of the Curtis Institute of Music in 2021. He is also on the horn faculty of Manhattan School of Music’s Precollege division and MSM Summer. 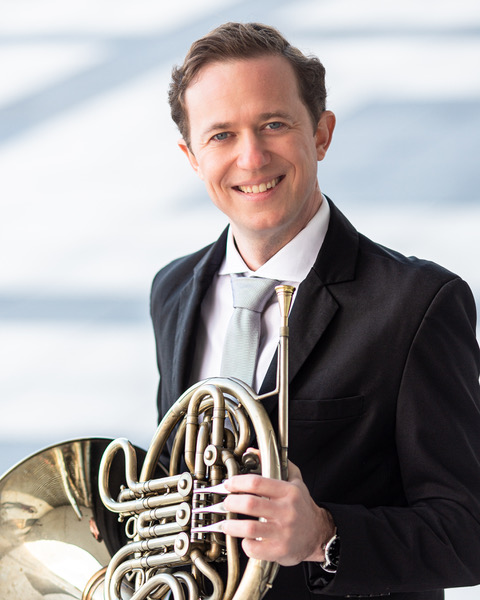 Saar Berger, born in 1980, has been a member of the international ensemble Ensemble Modern in Frankfurt since 2007. He studied at the Rubin Music Academy in Tel Aviv before joining the Israeli Opera Symphony Orchestra. Thanks to grants and awards from the Zvi and Ofra Meitar Family Fund and the America-Israel Cultural Foundation, he completed his studies in Berlin with Prof. Neunecker and in Frankfurt am Main with Prof. Penzel and Prof. Tapani, before winning the solo horn position with Ensemble Modern.

Saar Berger cooperates closely with many young and internationally established composers and has been able to enrich the already extensive horn literature by performing many world premieres of concerts and solo pieces as a soloist. He was a member and horn mentor of the Branimir Slokar Academy and the Ljubljana International Orchestra, and since 2017 he has been part of the teaching faculty at the Lucerne Festival Academy.

In October 2019, Saar Berger was appointed as the new Horn Professor at the State Music Academy in Trossingen, Germany.

The double CD album Travelling Pieces, a solo portrait with 17 new world premieres for horn, was released in 2014 by the Ensemble Modern media label.

The Percussion & Horn album Stop & Horn is available from the Slovenian Composers Association and was released in 2014.

James Thatcher began his professional career at age 16 when he played and studied in Mexico City with his uncle, Gerald Thatcher, former principal hornist with the National Symphony of Mexico. Subsequent instructors have included Fred Fox, Don Peterson, Wendell Hoss, James Decker, Vincent DeRosa and master classes with Hermann Baumann. Mr. Thatcher has been a member of the Phoenix Symphony, the Utah Symphony, the Pacific Symphony and the Los Angeles Philharmonic.

He is currently principal horn of the Pasadena Symphony, the New West Symphony and the Los Angeles Music Center Opera, but principally he is a studio player, a recipient of the Most Valuable Player Award from the National Association of Recording Arts and Sciences and “arguably the most often heard horn player in the world” due to his performances on some 70 to 80 films per year for the last 20 years.

Thatcher has joined Kristy Morrell on the faculty of the USC Thornton School of Music as the co-professor of Horn. Notable students include J. Greg Miller.